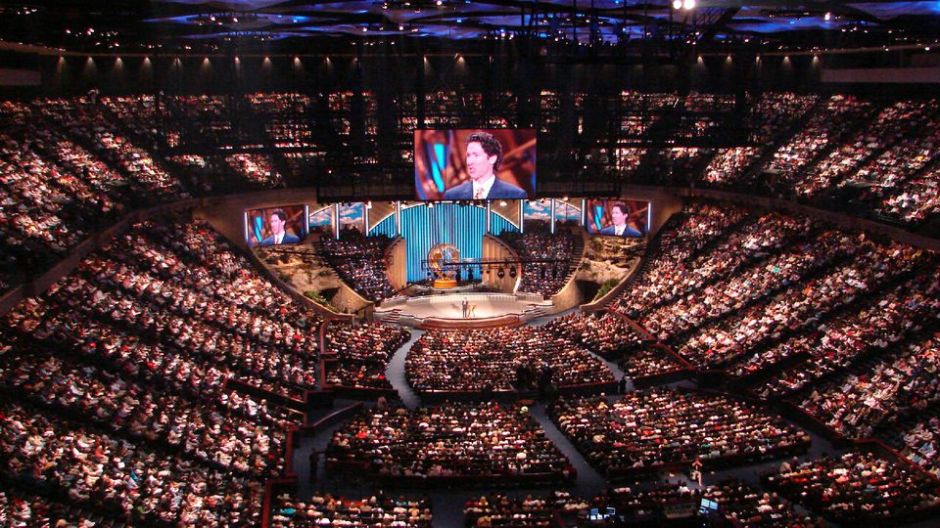 I’ve only got the one little baby at the moment, just turned 7 months-old a few days ago, but that doesn’t stop me from looking far into the future. Today, my little girl is a mewling, helpless mess. She is as sweet as peach pie, but without us she would be lost. Tomorrow, she will grow into a completely unique and independent person.

I am not fooling myself into believing that I have control over how she turns out, that I can somehow shape and mold her into my idea of a perfect little human. She will fight, she will rebel, and she will eventually come into her own. Best case scenario: it all goes off without a hitch and she catapults to the top of the moral order like Mother Theresa. (Almost) extreme worse case scenario: she figures out who she really is while serving some time in prison for patricide. Either way, that day will come.

I don’t need to explicitly state which route I prefer that she takes.

At any rate, and regardless of the path she chooses on her journey, it is our responsibility as parents to equip her with the fundamentals that she will need to make wise, fair, and right decisions in her life. It is our responsibility to teach her right from wrong, even when the difference isn’t as clear as we would like. I firmly believe that the foundation laid in childhood is forever formed in stone, etched into the minds of our children for life. The image I want imprinted on my little girl is what I believe to be the best example of moral uprightness, and it comprises several values: honesty, integrity, compassion, forgiveness, love, and peace.

I have not always been a religious man, but I have “dabbled” in the Good Book. My wife and I, with little Wren Marí nestled against my wife’s chest in a snug wrap, have been attending church as regularly as life will allow for a few months now. We have been meaning to find a good church for years, since faith plays a central role in my wife’s life, but weren’t really chasing one down until we had Wren. Having a baby, staring the future square in the eyes, spurred us along in the church-finding process.

Most important to us was to find a church that embodied the aforementioned ideals, one that did not preach one thing and practice another. I was turned-off from church for some time. At one point, it seemed that church had become synonymous with enterprise, and I could not stand seeing megachurches spring up where there were still huge homeless populations and vast numbers of unmet community needs. It seemed like a selfish misallocation of goodwill, the donated funds of would-be good Christians getting invested in arena-sized meeting halls, indoor basketball courts, holy koi ponds, and ridiculously expensive audio visual technology.

Perhaps you remember the story about the minister from Atlanta, Creflo Dollar, that told his congregation that they needed to donate more money so he could buy a G650…because God’s messengers are certainly deserving of a little comfort while they’re out doing the Good Lord’s work. Meanwhile his followers were getting to church by scraping together bus fair every week, donating what little they had out of a sense of duty and respect for their faith. That man is a predator, a parasite.

Him and those like him, and the glut of religious personalities who are now brands, are the reasons I felt so disgusted and turned-off. The pursuit of money is not even remotely close to the values I expect from the Church. Sure, we all have to pay bills, but when you parlay your church fame into a multi-million dollar mansion and a fleet of fancy cars, then you have turned a corner. You, sir, are not the role model we need.

That being said, we found what we were looking for in what disturbingly resembles a megachurch.

… but with a twist. Yes, this church is pouring money into improving its facilities, and it impersonally broadcasts its pre-recorded weekly sermons on giant screens, but it also invests large sums into the local and global communities. This is the kind of service in which I want my child(ren) to be raised. I want them to learn to care about their fellow men, and to take part in something much bigger than they are, something that may help ease the suffering of others.

And even on a smaller scale, the people we have met at church seem like genuinely good people. I can’t vouch for how they conduct themselves in their personal lives, when they aren’t putting on their Sunday faces and smiling at passersby with a tip of the hat and a friendly wave, but at least while in church they talk about peace, forgiveness, and love. That is the message I want etched into my daughter’s foundation.

When our little girl becomes older, I know that she may get a little critical and question things, like religion. That day will come. It isn’t important to me now which stance she ends up taking on religion, whether she sticks with church or goes her own way. It is important to me that she enters adulthood on solid footing, with an arsenal of wisdom and clarity to help guide her down whatever path she chooses, holding onto values that will help her lead a good, fulfilling life.

That’s the most important thing we do for our children. We teach them what it means to be human, and how to do it well.

5 thoughts on “The Moral Uprightness Imperative, or Why We Spend Sundays in Church Instead of Bed”