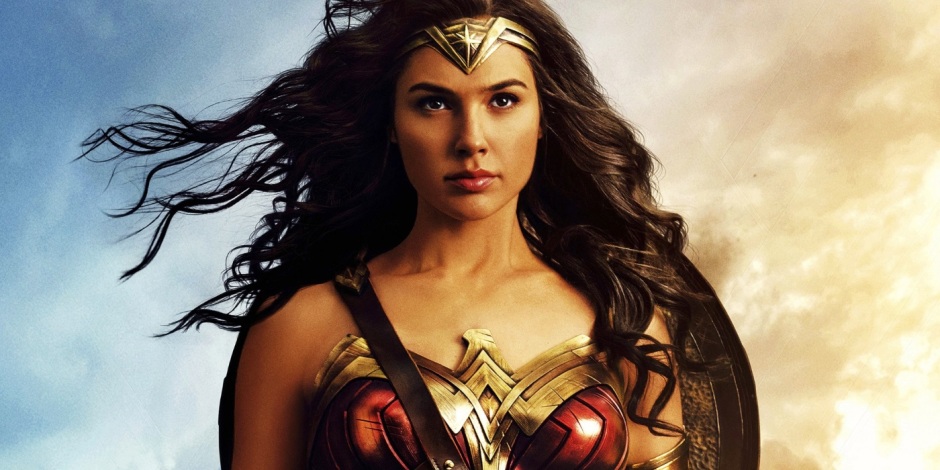 As the title implies, I’ve got a couple of non-sequitur topics about which I want to write something at the moment.  I want to update you on the progress of floor removal in our kitchen, but first I’d like to address the elephant in the room about which everyone is suddenly talking: the place of women in our society.

This past International Women’s Day drew more attention than any other in recent memory.  Well, serious attention, that is; seems everyone figured out last year that wearing comically large genitalia on your head was not exactly a precursor to serious discussion.  There has been so much positive traction and momentum in the advancement of civil rights and equality as of late, and I am ecstatic.  Sexual misconduct is not so readily brushed aside, people are talking about disparities in income and opportunities, and women are rising to new professional heights.

And I am excited not because I can look forward to an improvement in my own station; I am a white man.  I am already doing all right on that front.  I am ecstatic because just two years ago I was afraid of the world into which I brought a daughter.  I thought I was going to have to teach her to be ever-aware of her surroundings, skeptical of friendly faces and careful of those less-friendly, and always on guard for the next person who would take advantage of her or make her feel small, ugly, or worthless.  Now, it seems optimism is winning over apprehension.  I don’t think I will have to focus only on teaching her about toughness and fortitude anymore, but will need to prepare her to take the reins.  The stage is being set for our daughters to rise to new heights and flex their beautiful muscles in ways that were, just yesterday, little more than dreams.

Now, boys will still be boys (and I vividly remember what it was like to be the sum total of amped-up hormones and endless nervous energy as a teen), and scum will still gather and float all over society, so she will definitely still learn how to take care of herself (there’s a local MMA place that will pick kids up from school and take them to train… WAY better than daycare!).  Don’t get me wrong.  I haven’t suddenly been baptized in a wellspring of faith in humanity, so it’s not like I’ll send her off blind into the mosh-pit of life.  People are still sketchy, and I am still acutely aware of their sketchiness.

I am just allowing myself a greater degree of optimism as it pertains to the places she might fly when she leaves the nest one day… one day in the very, very distant future.   Like, maybe even thirty or forty years in the future.  Eventually, if she leaves the nest, something she should feel absolutely no pressure to do whatsoever, but if she does, she can go higher and further than ever before possible.  I think that is awesome.

Our first weeks of really getting after the improvements have been going well.  As it turns out, it really isn’t that difficult to tear up linoleum from cement.  People just complain a lot about it.  The top layer of the flooring peels up pretty easily, leaving its paper contact layer and adhesive underneath.  The adhesive left on the concrete can then be removed with really hot water and a scraper.  Easy peasy.

At least, that is what I really wanted to be able to write at this juncture.

In actuality, the adhesive is a tremendous ass pain to get up from the concrete, particularly when the concrete is not exactly a smooth plane to begin with.  The glue holding the linoleum in place basically pooled in the grooves left behind by whatever float, comb, scraper, or jagged ragged stick that was used when the foundation was poured.  Seriously.  Underneath the linoleum it looks like whomever poured it then sat on his heiny and scooted across the floor to level it out like a dog wiping its ass on carpet.  #lessthanstellarjob.

It takes some time and effort, but time and effort don’t cost a dime.  Well, at least effort doesn’t cost a dime.  Time is free-ish, but it does not come in abundance to a small family with two little people, a 24/7 on-call civilian job, a part-time military obligation that sometimes ends up being slightly more than part-time, university, and a start-up side hustle.  We try and make the most of the time we’ve got.

And as it happens, we don’t have much time at all.  Here it is one month (maaaaaayyyybe a little more than a month) after I started writing this post, and I’ve got maybe 30% of the floor scraped and prepped for some sealant.  In my defense I also had arthroscopic surgery in one shoulder at the end of March… an event that deserves its own post when considering how in-tune little kids are to us parents when we are in pain.

We decided on no stain for the bare concrete.  It’s easy enough to go back and add some color later on, but it would be a nightmare to try and re-stain concrete if we wind up not happy with the color.  We’d likely have to lay down an epoxy finish or just do all-new flooring, so we will begin with a little caution and take baby steps toward the end product.

Now, I know just one week ago (plus one month, sheesh) I conceded, in writing, to using an all-in-one counter-top refinishing kit… but hear me out.  I had to at least try on my own, you know what I mean? Of course you do!

I took one corner of the counter and vacated it of all devices.  I then applied several coats of white patio/garage floor paint.  It is supposed to cure into a very durable surface that is not as prone to chipping or cracking, but I guess we will see.

In retrospect I should have peeled up the rough black paint left by the previous owners to restore a mostly-smooth finish.  On the other hand, I spared myself from having to see whatever it was they were trying to hide in the first place.

In the interest of total disclosure… I actually started this when we first moved in back in January, I just never finished it.  By now, I imagine the paint is probably completely cured.  This is important if you are going to apply a finish with solvents that could wreak havoc on uncured paint, like lacquer.  On the other hand, if you like the texture of alligator skin then have at it.  Slap on some lacquer and let it do its thing.  You’ll have a non-slip counter in no time.

I opted for my favorite finish.  I applied several coats of full-gloss polyurethane over the paint to form a filmy protective layer that would add some sheen, but not before researching the potential for contamination by the toxic chemicals found in polyurethane.  Even though it might actually help them to last for quite a while longer and protect them from the elements, no one actually wants polyurethane in their peanut-butter-and-jelly sandwiches, right?

Well, I was glad to learn that most of the toxins are actually contained in the solvents used to maintain polyurethane’s liquid form during application.  After these solvents evaporate, the polyurethane starts to cure by cross-linking molecules and forming a nearly-solid blanket of plastic.  Now, I would not recommend preparing foods directly on the counters to begin with, regardless of the finish, but should someone do so, and also happen to peel up the polyurethane finish and embed a slice of it deeply into a chicken leg, I am confident that it will only kill the taste of the poultry and not the person doing the tasting.

If it cures well, looks good, and will stand as an acceptable interim counter-top finish, then I will do the rest of the counters identically and save about $190.

Why waste a ton of cash on cheap paper cabinets?  A polished-up doodie, after all, is still just a doodie.  That’s my two cents.

ONE MONTH LATER: polyurethane was a bad idea.  It yellows predictably when it gets too much sun, but it yellows disgustingly so on white countertops.  It looks like my counters are glazed with plastic urine. My mistake.  At least now I know that the all-in-one stuff is worth a try.

So much more has changed in the past month that I will need to do a follow-up relatively soon.  Like, within the week.  That is my intent, even if it never materializes.